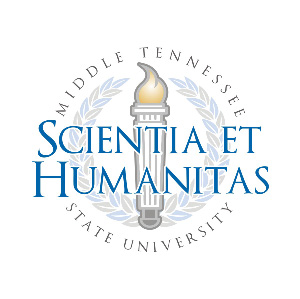 If I had to pick one word to describe this sixth volume of Scientia et Humanitas, I would choose dedication, and this word describes not only the character of all of our authors of the nine essays included in this volume, but it also describes the character of our journal’s entire staff. In assembling this volume, our authors and staff members worked tirelessly to create one of the finest volumes of Scientia et Humanitas to date. Our authors were dedicated to producing first-rate work, and they fearlessly presented that work to our peer and faculty reviewers. Likewise, our staff of students, faculty, and administrators diligently read, proofread, and formatted articles throughout the 2015-2016 academic year, and their work has lead to the exceptional journal now in your hands.

Because of this high quality of our authors and staff members this year, we are pleased to announce that we have three winners of the Deans’ Distinguished Essay award, an award bestowed by the Deans of the Honors College to honor the best essays in Scientia et Humanitas. These three essays open our journal. Nicholas Dalbey, a Masters candidate in English, explores how Lawman highlights Arthur’s spiritual characteristics in order to assess both Norman and English forms of ideal kingship. Immediately following Dalbey’s essay is Melody Cook, who examines Joss Whedon’s evolution of the Christ-figure trope in Buffy the Vampire Slayer (1997-2003) and The Cabin in the Woods (2012). Finally, Abul Hasnat Muhammed Salimullah, a PhD candidate in Economics, employs the Granger Causality test to investigate the relationship between interest rates and exchange rates in the companies under the Chicago Board Options and Exchange.

Following our award-winning essays come two historical studies. Savanna R. Teague, a recent recipient of a Masters degree in History and a current PhD student in English, asserts that the aristocracy’s consumption of luxury items played a more active role in the inciting of the French Revolution. Luke Howard Judkins, an undergraduate English and Music major, sees the Parthenon in Nashville as a symbol paralleling ancient Athenian culture, and thus making Nashville the “Athens of the South.”

The social sciences are also represented this year with two articles. John B. Holloway studies the efficacy of herbal and nutraceutical supplements in the treatment of schizophrenia and schizophrenic disorders. Kelsey Bishop explores the media’s portrayal of sex trafficking in the United States, particularly as presented by the New York Times, and it's influence on public awareness of the issue.

Our journal concludes with two articles from English PhD candidates. Jacquelyn C. Hayek analyzes how John Fletcher’s dramatic response to Shakespeare’s The Taming of the Shrew complicates the taming trope through the reversal of gender roles. Finally, Morgan Hanson explores the relationship between philosophy and rhetoric in Chaucer’s The Canterbury Tales, as seen through the Knight’s and the Squire’s use of occupationes.

This undertaking would not have been possible without the dedication of the students and faculty who dedicated so much of their time to ensure that this journal would be thebest yet. This year’s staff includes both undergraduate and graduate MTSU students, and they are as follows: Erica Anderson, Nicholas Dalbey, Rachel Donegan, John Gleason, Jacquelyn C. Hayek, Capron Hedgepath, Kayla McCrary, Emily McElroy, Nausheen Qureshi, Aaron Shapiro, Sara Snoddy, Courtney Wright, and Hillary Yeager. We have also been fortunate to have several faculty members serve as reviewers: Dr. E. Anthon Eff, Dr. Louis Haas, Dr. Philip E. Phillips, Dr. Robert Sieg, and Dr. John R. Vile. Finally, Marsha Powers, coordinator of special projects and publications for the Honors College, tirelessly served our journal as an encourager, finder of resources, and provider of snacks at meetings, and we are so grateful for her commitment and enthusiasm for Scientia et Humanitas.

Finally, I would like to thank personally my associate editor, Dennis Wise. Dennis kept in constant communication with the authors and the reviewers, and he meticulously pored over each article to ensure that the best quality made it into print. Dennis’s joy and devotion to the review process made the production process an enjoyable experience for both the authors and staff members alike.

One of the missions of Scientia et Humanitas is to provide a venue for students to present their research projects to the entire university. As such, these papers are now no longer an isolated conversation between professor and student. Now, these academic inquiries can inspire discussion among various scholars and disciplines. I hope that you enjoy this sixth volume of Scientia et Humanitas and that you continue the conversations begun in here.